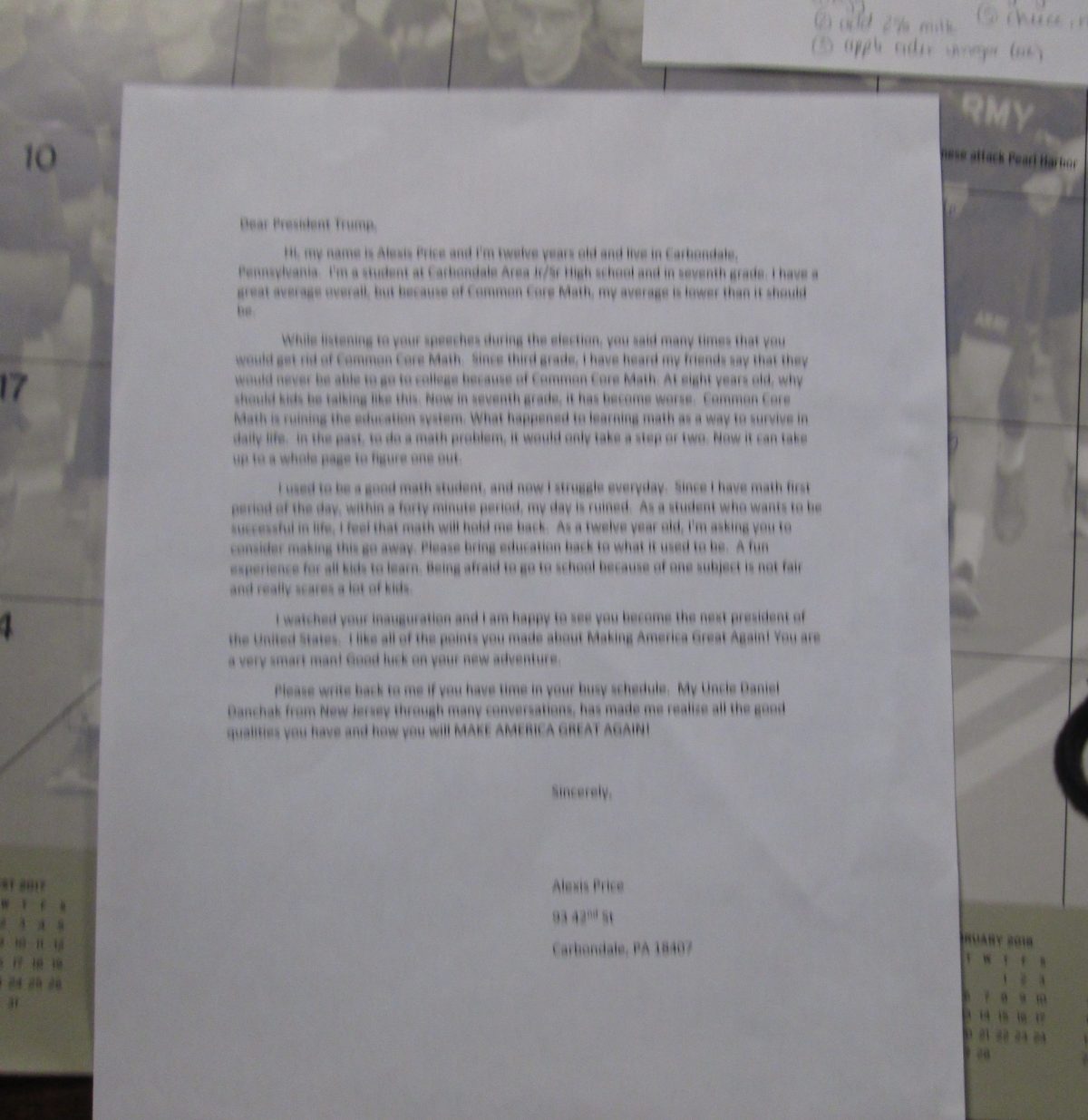 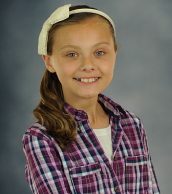 Alexis Price, currently in Grade 8 at Carbondale Area, wrote a letter to President Trump. Alexis felt she wanted to discuss an issue that was important to her with our country’s leader. She does not like Common Core Math. In the letter, Alexis pleaded with our president to do away with Common Core Math. She told him that she had previously loved Math and excelled at it. Being forced to do problems in this new way did not make sense to Alexis and was ruining her view of learning math and making her not want to come to school. She asked the President to write back to her if he had time and sure enough, she got a response. I asked Alexis how she felt about getting a letter from the President of the USA and she responded, “I really didn’t think he would have time to respond so I was very excited to hear from him. I really hope he takes my letter to heart.”

I’ve enclosed a copy of Alexis’s letter and the President’s response as well as her photo here.