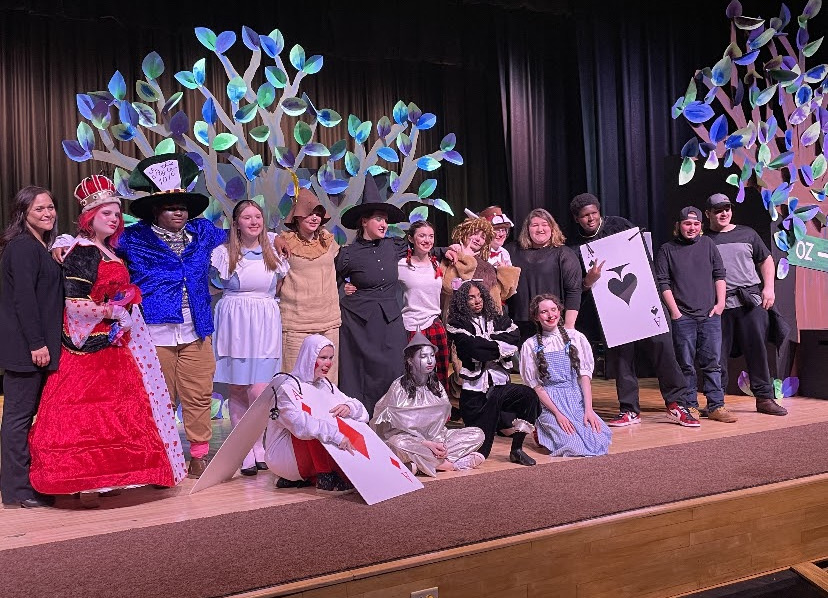 Carbondale Area’s Drama Club made a smashing comeback with the production of When Dorothy meets Alice under the direction of English teacher, Mrs. Rasmus. The plot of the play is about a young girl named Jenna Watson, who is writing a book report on The Wizard of Oz and Alice in Wonderland on the day before it is due. However, she ends up falling asleep only to wake up in a dream where she meets Dorothy and Alice. Jenna works to help the two of them with their own problems against the Wicked Witch of the West and the Queen of Hearts. While helping them, she informs them of her own dilemma of finishing her book report before school starts. She would  rather stay in the dream forever to avoid all her real-life problems. Dorothy and Alice inspire her to solve her book report issue and write on both stories. During the events of the play, the three of them meet up with characters and try to stop the Wicked Witch of the West and the Queen of Hearts.  Jenna awakes from her dream with the inspiration from Dorothy and Alice and finishes her books report. The cast did a superb job portraying the characters, and the set truly  caught the eye of the audience. The Carbondale Area School District congratulates the cast, stage crew, and Mrs. Rasmus on a job well done. We look forward to seeing your future productions!