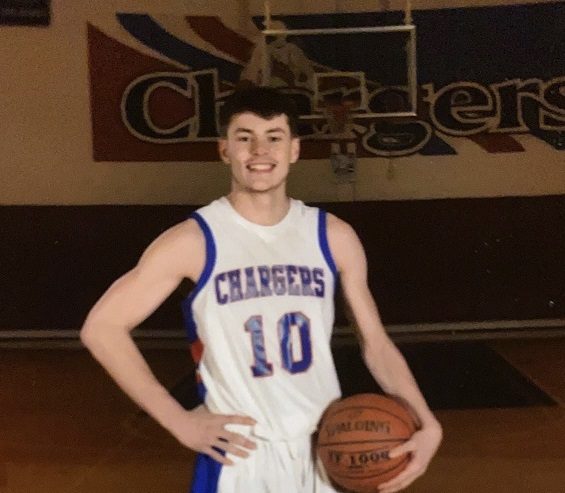 Our next Carbondale Area Senior Spotlight highlights multi-sport athlete Raymond “Sugar Ray” Ofner. Raymond is the son of Danielle and Raymond Ofner. He has two brothers: Dylan Ofner and Robert Wenzler. In high school, Raymond has participated in football, basketball, and baseball.

Raymond was a three-year member of the varsity football team, and he served as captain for one season. He also started on both sides of the ball. He threw for 825 yards and 7 touchdowns as the team’s starting quarterback. He also ran the ball for 350 yards and 3 touchdowns in that role. He provided stability at one of the most important positions on the field. Raymond also had 2 career interceptions as a defensive back.

Raymond, who also wears #10 in the winter, continues to excel on the basketball court as one of CA’s guards. To date, he has 500 career points. As a junior, he averaged 12.8 points and 9 rebounds per game; as a sophomore, he averaged 6.5 points per game. He is in his fourth season playing on varsity and is a two-year captain. He opens up the season with his Charger teammates this Friday night versus Mid Valley right here at CA.

Raymond, who sports #4 in the spring, has also excelled in baseball. He has 50 career strikes as a pitcher and looks to add to that total in the spring. As a freshman on the varsity roster, he served as a relief pitcher in the Chargers’ playoff upset over Wyoming Area, which was the number one ranked team in the district tournament in 2018. 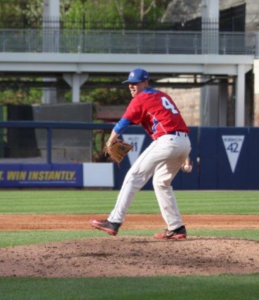 Raymond is a member of the Honor Roll, and he is employed by the Carbondale YMCA. His favorite subject is history, and his favorite CA memory is his freshman football season. He enjoys playing and watching sports and hanging out with his friends. His goal is to get a Bachelor’s degree in Medical Science with the hopes of one day becoming a Physician’s Assistant. The Carbondale Area School District congratulates Raymond on his success thus far and wishes him the best of luck in his future endeavors. 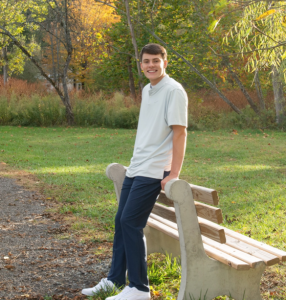 “Never be afraid to fail. Failure is a part of life, but as long as you keep trying, that failure leads to success.” –Raymond Ofner, Carbondale Area Class of 2021